Standing prominently in Black Hills, South Dakota, Mount Rushmore National Memorial honors the legacies of four of the most influential leaders in United States’ history. While the faces of Washington, Jefferson, Lincoln, and Roosevelt are etched into the monument, these noteworthy presidents represent a subset of current American values and citizenry. If I was able to redesign Mount Rushmore, I would select revolutionary people who embody America’s true identity in its diversity and culture: Bill Gates for his scientific breakthroughs, Ruth Bader Ginsburg for her advocacy of women’s rights, Martin Luther King for his championing of racial equality and civil rights, and Oprah Winfrey for reshaping the entertainment industry.

Bill Gates, a 20-year-old college drop-out, co-founded Microsoft in his parent’s Seattle garage in 1975. The young Gates dispelled the perception that only older generations could change the world. Under Gates’ leadership, Microsoft grew exponentially and the company designed software compatible with IBM PCs, earning over 110 billion dollars in revenue. In addition, Gates devotes his life to the Bill & Melinda Gates Foundation, a global resource promoting children’s education. I admire Gates’ dedication to growing STEM fields, his influence in technological innovations, and his commitment to motivating youth to achieve their dreams.

Although Ruth Bader Ginsburg graduated at the top of her class from Columbia’s Law School in 1954, women continued to face insurmountable discrimination in society and the workforce. As a young adult, Ginsburg successfully fought six gender-equality based cases before the Supreme Court. Subsequently, Ginsburg's embodiment of a true catalyst for change earned her a seat on the Supreme Court in 1993. She is currently the second of only four women to preside on this court. Despite having battled pancreatic cancer, the 85-years-young Ginsburg utilizes her platform to fight for equality while advocating for women and minorities. I respect Ginsburg’s tenacity and being a resolute feminist, one that women of all generations revere.

At the forefront of the Civil Rights movement, Martin Luther King and other major activists founded the Southern Christian Leadership Conference, a network that administered non-violent protests, promoted voter registration, and educated Americans on race-related issues. On August 28, 1963 hundreds of thousands of people gathered for the March on Washington where King delivered his famous speech, I Have a Dream. In addition, King played a pivotal role in inspiring the creation of the Civil Rights Act of 1964 and the Voting Rights Act of 1965. After King was assassinated in 1968, his legacy invigorated a global revolution for equality. King’s perseverance and strength, in the wake of extreme prejudice and discrimination, still serve as a role model for a Southern Jewish activist like myself.

At nineteen, Oprah Winfrey began working for the Nashville Columbia Broadcasting Network where she was the Music City’s first African American female anchor. Later, Winfrey’s time as a news anchor for Good Morning America and A.M. Chicago sparked her creation of The Oprah Winfrey Show in 1986. Winfrey’s Emmy award-winning television program gave her the means to focus on global issues while supporting non-profits. To me, Winfrey represents a truly righteous person who strives to improve the world through her mentorship and philanthropy.

Gates, Ginsburg, King, and Winfrey are authentic embodiments of present-day American citizens. They all enacted change, both locally and globally, to put an end to some of our world’s most pressing issues. With these four remarkable people displayed on the Mount Rushmore National Memorial, they would continue to foster a paradigm shift for men, women, and children of all backgrounds to be aware that they all have the potential to become the religious, political, and social leaders of tomorrow.

Lilly Sitver is a BBG from Cotton States Region who loves adventuring in the Smoky Mountains, eating chicken biscuits, and spending time with her friends.

Friday's Plenary: In Case You Missed It! 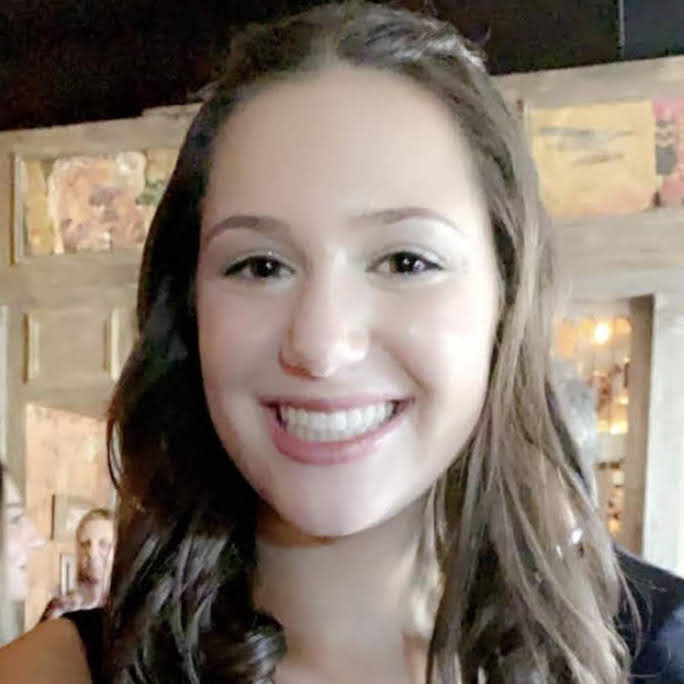