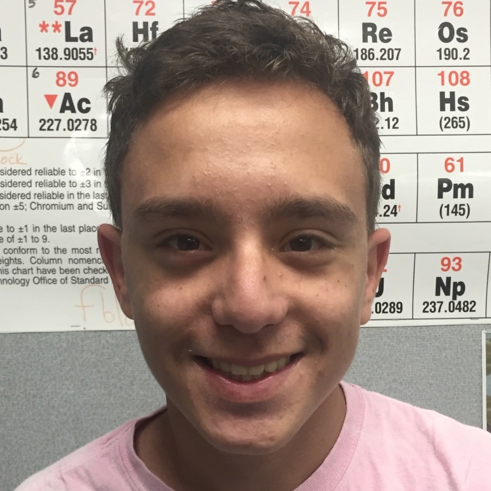 This past summer, I had the opportunity to attend BBYO’s Chapter Leadership Training Conference (CLTC). But, this CLTC was different than the previous CLTC’s in years past. It was going to be the first-ever CLTC in Montreal and I was one of the first Alephs to attend the program at this location.

Although I was excited, I was also nervous to attend CLTC. I did not know what to expect, what was ahead of me, or if I would be able to create close bonds with the other delegates. Arriving at the airport to leave, I learned that three other people from my Council would be going on my CLTC. I was excited to be able to share the experience with others from my home community.

As soon as I checked in with staff at the Montreal airport, I knew that CLTC was going to be an amazing experience. But, I also found out that there were going to be only 30 people at my CLTC. I had some mixed feelings about the size of the CLTC, but the feelings were mostly positive. When we left the airport, everyone started to connect with one another on the bus. From the first moment on the bus, I knew that those connections would last long after the twelve days of the program.

CLTC started off with numerous icebreakers to get to know the other participants. I instantly connected with my coordinators and staff. A few days into CLTC, we started the process of our mock-chapters. Since our CLTC was so small, there was only one mock BBG chapter and one mock AZA chapter. Every time we had mock-chapter meetings, I would always remember the brotherhood aspect of AZA. I soon realized that the other Alephs in my chapter would be my brothers for life and act as my second family.

Throughout my time in these meetings and throughout CLTC, I created connections that I will never forget. I loved the size of the program because it allowed me to create closer bonds with a smaller group of people.

CLTC is an experience that I will always remember. I encourage any Aleph or BBG who has the opportunity to attend CLTC to just go. I will cherish these memories for years to come.

Noah Berger is an Aleph from Northern Region East: DC Council and hails from Sammy Davis Jr. AZA. He enjoys hanging out with friends and BBYO programs and is also a huge sports fan.

BBYO teens from across the nation engaged in meaningful and productive conversation and heard from some of the most prominent Israeli, American, and other influential leaders.

Last week the International Presidents took part in Taglit-Birthright's Think-a-thon, here is what Ethan learned from the experience.